Who are you as a green thumb? Are you the one that has space, and plants seem to grow on their own? Can you settle for plastic plants? Keep surfing, then. Maybe you would like to have a luxurious or a simple garden at home but still have not found the key to make them survive or grow, needless to say, to make them flourish. If that is the case, then here you can find some ideas.

"Plants are willing to live, but they need the proper conditions". Duh, if you give them what they need, your plants will thrive, but what do they need? Water, nutrients, light, and space. You could temper with those elements and discover many individuals are so attached to life that they will recover from almost anything. Plants tend to appear static and passive, but in my view, they are resilient beings. So maybe we need minor adjustments to help them in their purpose, which is to live.

The first problem usually is water, too much too little, and the associated problem of the nutrients in the soil, are there enough? Are those the adequates? In straightforward terms, roots take the food dissolved in water. But they also breath (yep, all parts of the plant breath, not just the leaves), so if there is too much water, the "holes" in the ground where there was air disappear, and the root suffocates and rots and caput. If there is no water, the nutrients do not dissolve, the plant doesn't eat, and again caput.
I have two solutions for you. There are probably a thousand more, but as you are here. First, water a little many times, so the soil never swamps. Yeah, but that is a lot of work, you say. True. You could use a vase with a water reservoir or a bottle turned down with a dripper or an irrigator connected to a switch that pumps from a water tank at certain times (look for "drip irrigation system"). Or, the second option, go all the way through, forget about soil and install an automated hydroponic solution. More on this later.
In any option you choose, if you are not sure the soil has enough nutrients, you can buy them; any generic nutrient solution for plants will do. Yes, if you want to tune the flowering or the growth, there are specific, but if you want them just healthy, you can put anything.

Indoor plants usually lack light sources. You can put them in a window, but sometimes it is nicer to have them distributed in the house, and some places are just too dark for them to live. In that case, you can put a led light. There are tones of articles on this kind of led lights, here is one [2], but the gist to it is that plants need red, blue, and few green wavelengths, so if you "feed" them with this, you need much less power (you don't need a sun of energy) for them to get the right amount of light. There are plenty of commercial options in the market, and you won't regret it.

The missing space is a bit tricky. As plants grow, they need more space; that's logical. So choosing plants that will not grow so much would be an option. Or you could use a wall. That white wall in the corridor you don't know what to do. That wall in your toilet you stare at for hours. Any wall. Vertical garden instead of a picture. Did I tell you that plants filter the air? Did you know some species capture allergens and chemical substances? Google it, go ahead.

The only problem is that there are not many solutions for vertical gardens at home that do not cost a fortune, or at least there were not many years ago when I started my project. 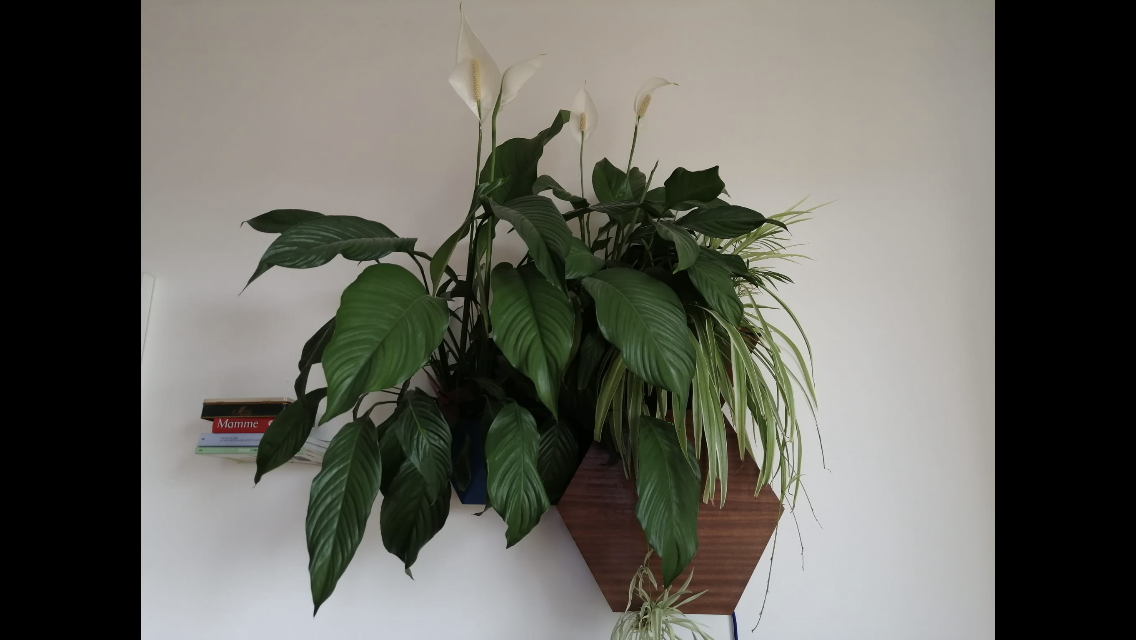 Technology as an aid #

One day I woke up with the idea that I wanted something to make my plants live. Let's say my plants were surviving but not living. I needed some automation, I wanted to use the walls, and it had to be a project on the budget. The vertical part, if you don't want to make a significant investment in structure, means you have to lose the weight of the soil, and that allowed us to dive into the hydroponic systems (yep, I was not doing this alone, but it's only fair that I keep talking as just me)

Hydroponics sounds like an industry thing, and it is used primarily in that field. But if you think of it, many plants live in nature with their roots in the water, taking the nutrients of other living creatures (this is called aquaponics, and you can do it with a fish tank and plants on top). Those are delicately balanced ecosystems, but just by moving the water once in a while to let it be oxygenated and putting the nutrients in the water, you can have a hydroponic system at home.

Yeah, but where is the soil? What about the connection with the ground when gardening with these technological solutions? You could say. My answer is: if the option is to not have plants at home, then it is better to use a technical solution that gives you less pain. You will not touch the soil, but still, you can clean the leaves.

The system was made of modules, each holding 1, 2, or 3 plants—every module with a small reservoir of water+nutrients. A control module with a big tank and a pump moved all the water in the system. LED lights on every module mimicked sunlight hours. Temperature sensors to move the water more often. And a level detector to give the user feedback to fill the tank. Simple system, the plants, with the final prototype, were living happily. They drank what they needed and grew steadily. There was a nice side effect; the lights with the plants moving cast different shadows every day.

Working on the prototypes was demanding and stressful, but having the product was the best experience; it was worth it. Then there was some feedback from friends using it, and they seemed to like it, but did they need it? No. Was it nice to have? Yes. Would they pay for it? Most of them no. It seemed like homes were still not a market for this project. Small or medium businesses were interested, though. But to do that step, I needed an actual product, not a prototype. I needed investments and business plans. And then all started to go down the drain.

I did not fail gracefully #

The fact is I was looking for something to develop, to work, and make money from it, and this was the perfect match. I was an expert in nothing, but I felt I could do it. I was not alone. I was imagining myself living out of this, creating new modules and adapting them to new environments. I was projecting myself in thousand futures. And I was putting all my energy into this thing for four years. If not all my thoughts, then three parts of them. I was living it.

The beginning was chaotic, but there was a system, good experiments, and after some significant failures, the prototype was finally working as expected. I had done the hard part, right? What a fool- shouts the chorus.

We had finished that part of the journey. We needed to step up. But not all of us were willing to do it. I've been trying to understand why since then, but it doesn't matter; it changes nothing. Long story short, I was the only one willing to go for it, but I was a coward to do it alone, so I killed the project as I was the last one standing.

That's it. Time has passed, and now I can write about it, but I did not fail gracefully. It was a punch in my pride, in the image I had of myself. In my eyes, I tried, and I failed; and all the effort, all my precious intelligence was nothing. I felt dumb as a bag of rocks for a very long time. One part of me wanted to do it, but I was just a scared girl. And I was tired; I was exhausted.

But eventually, the clouds started to clear, and I saw the teachings in it. I will write it here in the case could serve to someone. Although I know most of the time, you learn the lesson when it's too late.

The process showed me I could learn what was needed. When it ended, I turned that effort to the first most certain road and did in one year what I did not do in 5. And as I felt I had nothing to lose, I applied for a job I was sure I was not prepared for, as I was not ready to build the prototype. The short tale of this project is the story I told the interviewer, and I got the job. I keep doing it. And I'm good at it. Maybe that was what needed to be, so I can be where I am right now.
I'm writing this article as a closure to this chapter of my life, though I still imagine a world full of vertical gardens; hopefully, it will happen anyway. (Ikea, if you are reading this, drop the plastic plants, you have all the means to create this kind of system)

My project was called Droflos, may rest in peace. 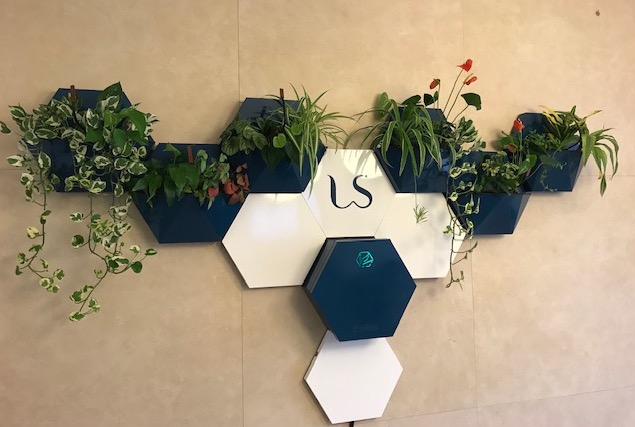